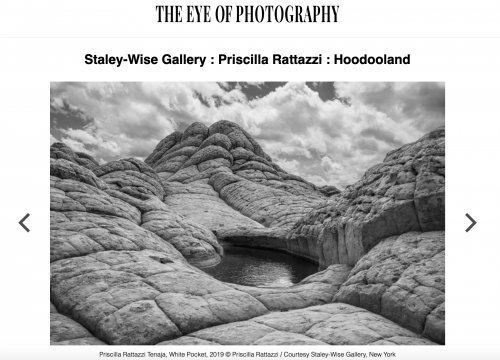 Priscilla Rattazzi first visited southwest Utah ten years ago, where she explored and photographed the majestic and barren landscapes near Lake Powell and the Grand Staircase-Escalante National Monument.

“Nothing prepared us for the vast landscape that unfolded on our four-hour drive from the Las Vegas airport. As we climbed towards the Colorado Plateau, we passed miles and miles of majestic juniper-dotted red ridges to our north. Then, as we approached Lake Powell, the scenery became increasingly more dramatic and barren. Huge mustard and coal colored cliffs towered over us in an almost menacing way, and smaller plateaus stretched hundreds of miles to the east towards Monument Valley. Fate hooked us up with local legend Yermo Welsh, a guide with deep knowledge of southwestern archaeology and a soulful, artistic bent. Yermo took us on hiking adventures to insanely beautiful and quiet places where the silence was almost jarring, especially coming from New York.”

In late 2017, the current administration ordered approximately 2,000,000 protected acres in Utah be made available for resource extraction. Nearly 1,000,000 acres would be removed from the Grand Staircase- Escalante National Monument alone. Together, this is the largest rollback of public lands protection in United States history. Outraged but motivated by this announcement, Rattazzi began to document this remarkable landscape in earnest.

Rattazzi was particularly interested in photographing the unique mushroom-shaped columns of weathered rock indigenous to the area known as “hoodoos.” Borrowing their name from folk witchcraft brought to the Americas by enslaved Africans, these improbably balanced structures appear to be conjured by magic but are in fact formed by layers of soft rock which are eroded over time, leaving a “cap” of hard rock at their pinnacle.

“I flew back to Utah with a new camera, took very long and sometimes dangerous hikes, discovered more hoodoos, fell in love with them, and kept shooting. Then, I jokingly decided that many of these crazy rock formations looked like an army of mystical creatures and middle fingers sending a pointed message to Washington,” Rattazzi observed.

Multiple conservation groups such as the National Resources Defense Council have filed federal suits to block the administration’s decision, but in February 2020 the Interior Department issued final plans to permit drilling, mining, and grazing in these now unprotected lands. While the fate of this land will likely be decided by the Supreme Court, Rattazzi’s photographs of these national monuments have renewed significance and urgency.

Priscilla Rattazzi was born in Rome, Italy and moved to the United States in 1974. She studied photography at Sarah Lawrence College before working as an assistant to the photographer Hiro in New York. In the 80’s, Rattazzi was primarily a fashion and portrait photographer. Her work appeared in New York Magazine, as well as Vogue, Self, and Brides. After her children were born, she shifted her focus away from fashion photography and her work became more personal. She has published four books: Best Friends, Children, Georgica Pond and Luna & Lola. Rattazzi lives in New York and East Hampton. This is her third exhibition at Staley-Wise. 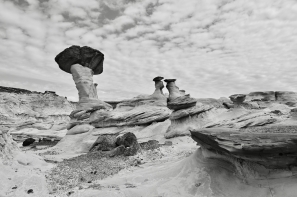 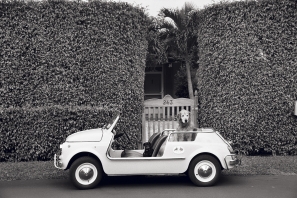