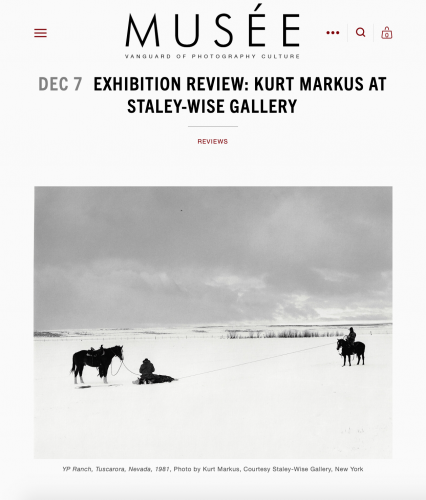 Known for his stunning, raw, and authentic images, Kurt Markus returns to the Staley Wise Gallery for a career retrospective. Markus grew up in rural Montana and gained prominence through documenting American cowboys for the magazine Western Horseman. Many of these timeless images are shown in the gallery; the portraits are delicate and balanced — words not usually synonymous with cowboys.

His alluring and veracious documentation of the cowboys drew remarkable praise, and Markus continued to stay true to his style throughout his career. Following the cowboy project, he experimented with different types of images ranging from landscapes to fashion, commercial work, and travel. He was quickly recognized for his talent and indisputable knack for image-making and documentation. The retrospective is broken into pieces, like a book with many chapters, each wall dedicated to the different projects throughout his life.

Walking through the show, you become captivated by the room and the stories displayed on each wall.

Some of the most notable projects include the project for Mirabella Magazine, where he focused on the community in Savannah, Georgia. The prints draw in the viewer as Markus challenged gender norms and beauty standards while capturing the magnificence of humanity, community, and joy.

Also on display is the series of boxers he shot in the early 1990s. He states that in a boxer's body, he sees the "ideal of maleness, a body both glorified by severe conditioning and humbled by punishment… stripped, vulnerable, they show their greatness." These portraits are full of depth. The sweat glistens on the boxer's body; it slouches in exhaustion. The gym's light creates halos around the boxers, and their stern faces exude mystery. Markus has a unique way of photographing those around him, and this series is no different. The viewer feels as though they’ve been invited into a small private world where they are finally allowed to peek behind the curtain and see the subjects and connect with them.

As the show continues, the viewer is transported into the streets of Yemen, where the black and white images invite you into every nook and cranny and allows you to appreciate the beauty of the community. Castles, fields, and markets transition into portraits and stories. Your eyes then continue towards the deserts of Africa and national parks in Utah. These landscape images feel larger than life — each one carefully printed by Markus himself.

Finally, the retrospective highlights Markus's work as a fashion photographer. He has contributed fashion images to major publications and companies around the world. From nudes to fashion spreads, the images are each full of nuance. He works with the curves, natural movement, and intricate features of each woman to create intimate and graceful portraits.

Kurt Markus's career retrospective inspires and captivates the viewer while celebrating Markus's expansive career. Check out the show at the Staley Wise Gallery until January 16th, 2021. 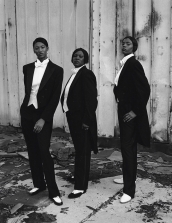 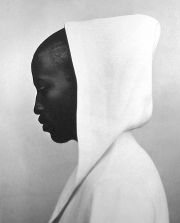 Kurt Markus
Back To Top