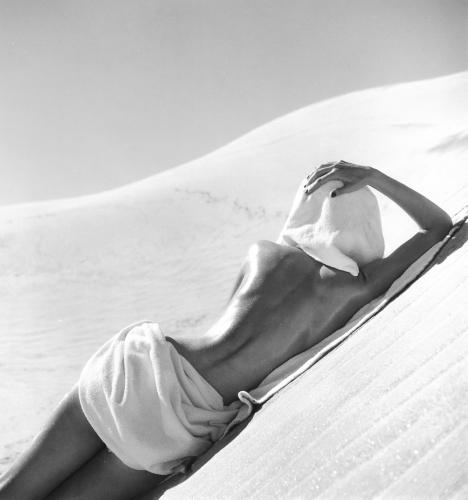 When she moved to Saks Fifth Avenue, the art director there, George Green, suggested she go to Bazaar.

''The Bazaar was terrible back then - you never read it,'' Mrs. Dahl- Wolfe said. ''But Carmel Snow had become editor, so I went. There was nobody, nobody ever like Carmel. She hired Munkasci, the first photographer to photograph fashion outdoors. She brought the best fiction into the magazine. We were like a family there, and we became her children.''

It was quite a family. Mrs. Dahl- Wolfe photographed. Diana Vreeland was a fashion editor. ''She was the tops,'' Mrs. Dahl-Wolfe said. ''No one knew color, no one could pull a sitting together like Diane. At Bazaar, we had to photograph clothes we called 'pearls of little price.' That meant they were from manufacturers who advertised. The more they spent in advertising, the bigger the picture. Sometimes you'd get these clothes, and you just wouldn't know what to do. But Diane always managed to make it work, and Carmel would say, 'Just hide as much of it as you can.' ''

''I'll never forget,'' Mrs. Dahl- Wolfe said. ''The new art director walked in to one of my sittings and looked through my camera. I knew then I had to leave. I knew that it would never be the same. After six months at Vogue, I just quit. I was 65 at the time. And Mike and I figured, why, it was time to head for the country.'' They did, ending up in Tennessee again.

Then, she touched the good-luck charm at her neck. ''Yes,'' she said with a smile, ''we both knew that everything was about to change.''